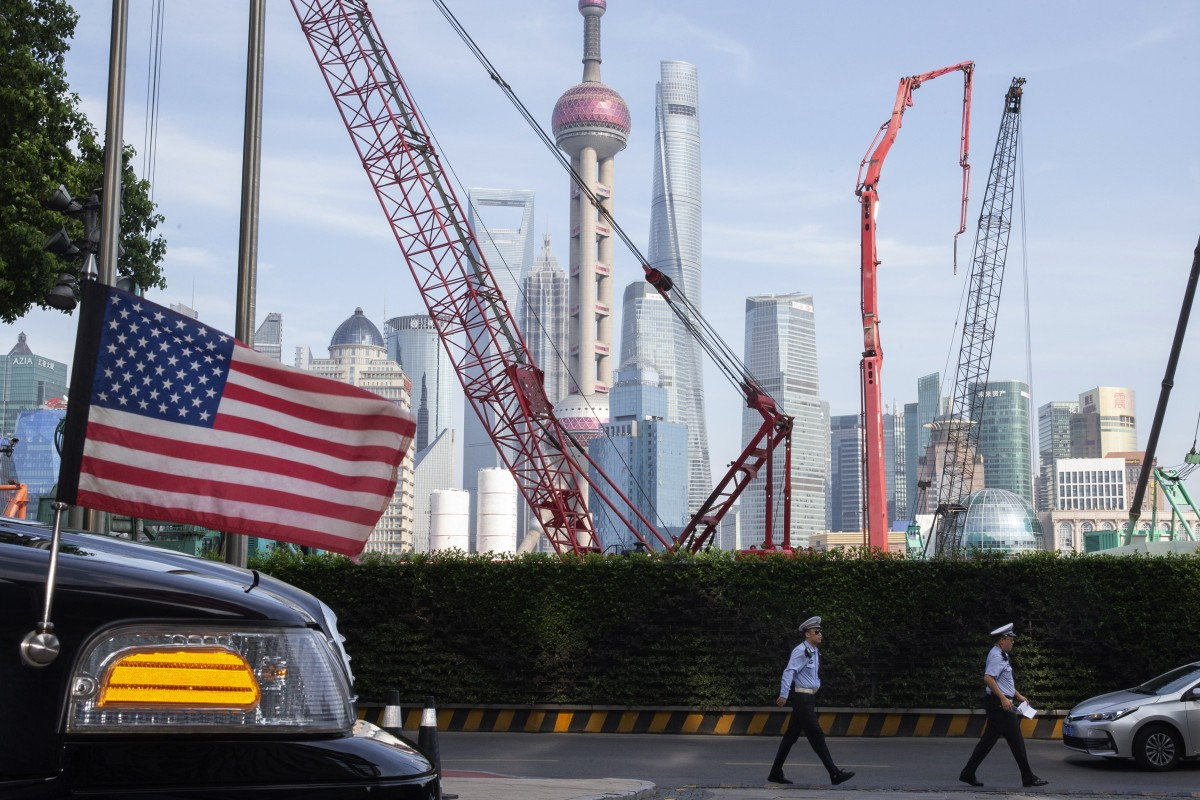 Beijing is adjusting its assertive foreign policy and scaling back moves to expand its presence abroad, but it needs to do more to win friends as tensions escalate with Washington, according to a government adviser and researcher.

They said there was an urgent need for China to rethink its foreign policy priorities after years of taking an assertive stance that had made other nations – especially its neighbours – increasingly worried, and created a situation that was adding to pressure amid its protracted trade war with the US.

Shi Yinhong, an international relations professor at Renmin University of China and a government adviser, said Beijing had been seeking to mend ties with nations including Japan and India, and across Southeast Asia and Europe – despite bitter territorial and historical disputes with some – because all-out confrontation with Washington was “more likely to be accelerated than mitigated”.

But, he said, “China should make up its mind and retract its strategy for the next five or six years”.

Earlier in the year, it appeared Beijing and Washington were getting closer to a trade deal, but talks collapsed in May, with the US accusing China of backtracking on its promises and imposing more tariffs, while a ceasefire agreed by the two sides in June was short-lived.

On Friday, US President Donald Trump told reporters at the White House that talks with China would continue but “we’re not ready to make a deal”.

It came after trade talks restarted in Shanghai last week and Trump then shocked global markets by announcing punitive tariffson an additional US$300 billion of Chinese imports from September, saying China did not buy “large quantities” of American farm products as agreed and had failed to control the flow of the addictive painkiller fentanyl to the US.
In retaliation for a “serious violation” of agreements between Chinese President Xi Jinping and Trump, Beijing on Tuesday said it would suspend purchases of US agricultural products. Tensions were further inflamed when the US Treasury Department labelled China a currency manipulator, with the Chinese central bank denying it had devalued the yuan in response to US tariffs.

“China has since May given up its rosy assumptions about Trump and woken up to the fact that Trump could be the hardest [leader] to deal with,” Shi said. “It has also realised that Washington has asked for much more than would be acceptable to Beijing in order to reach a trade deal.”

Shi said that while the Chinese leadership was under pressure to stand up to Washington, they needed to be more flexible in managing the country’s relations with other nations.

Several of China’s policies in recent years – including its vast infrastructure investment via the Belt and Road Initiativeand artificial-island building in disputed areas of the South China Sea – have created suspicion about Beijing’s intentions among other countries in the region and beyond. According to Shi, that has created a situation where China now worries that such countries would side with the US in trying to counter Beijing.

“China has taken a step back from some of its strategies as it needs to handle the trade war and it has less resources at its disposal,” he said. “Also, some of these strategies may have gone a bit too far.”

China has stepped up the pace of its land reclamation in the South China Sea since 2013, building reefs into seven artificial islands in the contested Spratly Island chain. The US has said China built military installationssuch as missile shelters and radar and communications facilities on the man-made islands, citing satellite images.

China also declared an air defence identification zone in the East China Sea in 2013, when tensions between Beijing and Tokyo were escalating over maritime sovereignty.

But Shi said China had not conducted major island reclamation in the South China Sea since 2016 or built any major new military facilities there.

Beijing claims much of the waterway – one of the world’s busiest maritime trade routes – but there are rival claims from the Philippines, Brunei, Malaysia, Vietnam and Taiwan.

To help reduce risks in the region, Shi said China should accelerate efforts to finalise a proposed code of conductwith Southeast Asian countries, and that it should also take steps to improve relations with Malaysia, Vietnam and the Philippines.
China has also been trying to improve ties with Japan, announcing on Thursday that the two countries would resume their bilateral strategic dialogueafter a seven-year suspension.

“China should be befriending all other developed countries as its ties with the US turn sour. It is doing that, but it’s still far from what should be expected,” according to Shi.

He said the latest thaw in relations was only “breaking the ice”, and Beijing and Tokyo were not on the same page as to how to improve bilateral ties amid a continuing strategic confrontation.

“Added to that, the recent trade tensions between Tokyo and Seoul have dampened hopes of pushing forward a free-trade deal between China, Japan and South Korea,” Shi said. 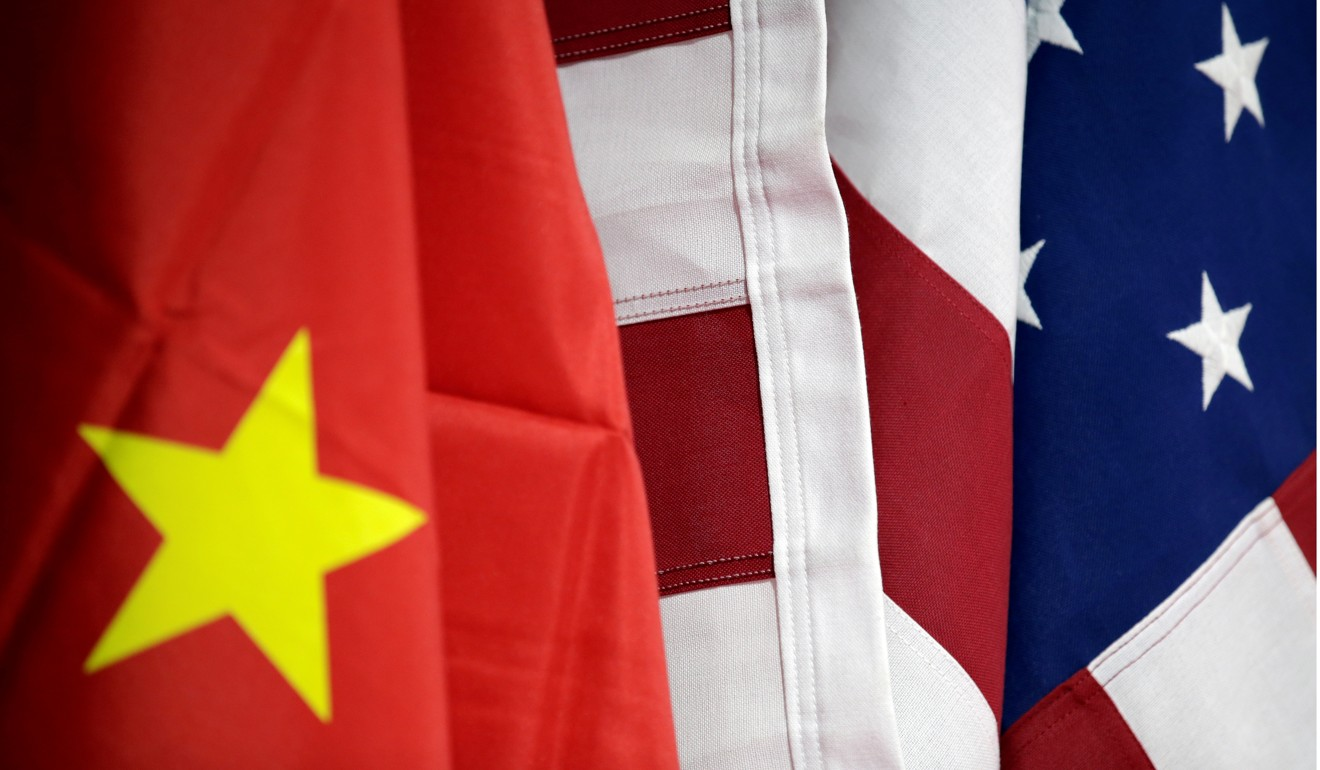 Tensions between China and the US have spilled over from trade to technology and security. Photo: Reuters Share:
While China and the United States have been locked in a trade war from more than a year, tensions have spilled over to other areas including technology, academic exchanges and security. Beijing and Washington have also traded barbs over the social unrest in Hong Kong since early June that originally stemmed from opposition to a now-shelved extradition bill.

Zhu Feng, dean of the international relations school at Nanjing University, agreed that Beijing needed to adjust its foreign policy.

He said the US was initiating “multidimensional conflicts with China, and US-China relations are now on a new trajectory”.

But he added that China should “stay calm”.

“There’s no need to go head-to-head with US aggression, [Beijing should] avoid adding fuel to Trump’s anti-China narrative,” Zhu said. “Damage control is now important for China in managing its policy for the US.”

Trade War
China, Mexico and US Trade. How the United States, Canada and Mexico are now the largest blocks in the world!
How Two Countries face a Trade War
Guns and Crime While Democrats scream ‘abolish ICE,’ child sex trafficker Claudius English convicted thanks to ICE
Anyone posting a threat especially against a law enforcement officer or politician will be banned.