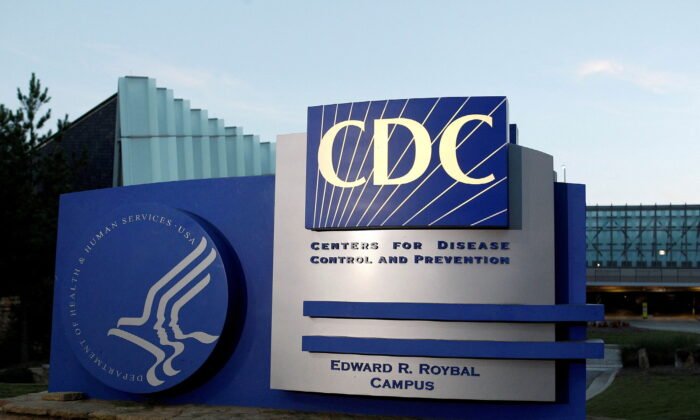 By Naveen Athrappully for The Epoch Times

The U.S. Centers for Disease Control and Prevention (CDC) is asking school officials to promote an LGBT agenda on campuses using a tool that classifies people based on how “inclusive” they are of such gender identities.

“School administrators: Our LGBTQ inclusivity self-assessment tool can help you quickly gauge inclusivity at your school. See your score today and learn ways to increase inclusivity,” the CDC’s Division of Adolescent and School Health (DASH) said in a Dec. 27 tweet. It linked to a handbook—the tool—that detailed measures to improve LGBTQ inclusivity at schools.

The tool classifies the LGBTQ inclusivity continuum of schools into three groups: “Mostly A’s” who are seen as highly inclusive; “Mostly B’s” who are moderately inclusive; and minimally inclusive “Mostly C’s.”

The tool (pdf) defines inclusiveness as “the presence of clear policies or practices that address the needs of LGBTQ students who might otherwise be excluded or marginalized due to factors such as sexual orientation and gender identity/expression.”

The tool covers the assessment in four sections—the first is for “all users” and one each for educators, administrators, and school health services staff.

A person who believes that gender, sexual orientation, and gender identity is unique and can be “experienced on a continuum” is given an A rating according to the tool, with those who do not agree with such a statement given a C.

Individuals who use inclusive terminology are seen as an A, with those who rarely use such terminology classified as a C.

School administrators who ensure that, (a) events like pep rallies and proms include same-gender and gender non-conforming couples, (b) bathrooms and lockers can be used by any student per their chosen gender, (c) athletics programs have mixed gender participation, and (d) students have access to age-appropriate LGBTQ specific online materials, resources, and information, are given an A rating.

Educators who (a) implement a behavioral management plan that uses LGBTQ-inclusive practices, (b) set up visual labels like rainbows and flags in classrooms, and (c) teach that friendship and romantic relationships can contain a range of gender identities and sexual orientations are classified with an A rating.

Such ratings are also granted to educators who “present information on all types of sex, not centering on penis/vagina penetrative sex” and describe the human anatomy and physiology as separate from gender using terms like “body with a penis” rather than male.

The CDC developed the self-assessment handbook in October 2020, Washington Examiner reported. In a Dec. 28 tweet, Nicki Neily, founder and president of Parents Defending Education, expressed shock at what the federal agency was doing.

“Shocking that the same agency that worked hand-in-glove with the unions to keep schools closed is now pushing this controversial guidance,” she said. In an interview with “American Thought Leaders,” child and adolescent psychiatrist Dr. Miriam Grossman pointed out that almost all professional organizations in the United States, including the American Psychological Association, American Academy of Pediatricians, and the American Association of Child and Adolescent Psychiatry have been “captured” by left-wing gender ideologies.

Grossman cited a New York Times poll which found that 61 percent of Americans between the ages of 18 and 29 believed that gender is separate from sex. He noted that these people are being taught that such ideologies are facts that should they decide they belong to another gender, they only need to opt for “gender-affirming care.”

“We have to note the Orwellian manipulation of language when the term gender-affirming is used. They’re experimenting on the body, and people are paying a massively high price for these medical experimentations,” he said.

leftist propaganda child abuse
China, Mexico and US Trade. How the United States, Canada and Mexico are now the largest blocks in the world!
How Two Countries face a Trade War
Guns and Crime While Democrats scream ‘abolish ICE,’ child sex trafficker Claudius English convicted thanks to ICE
Anyone posting a threat especially against a law enforcement officer or politician will be banned.