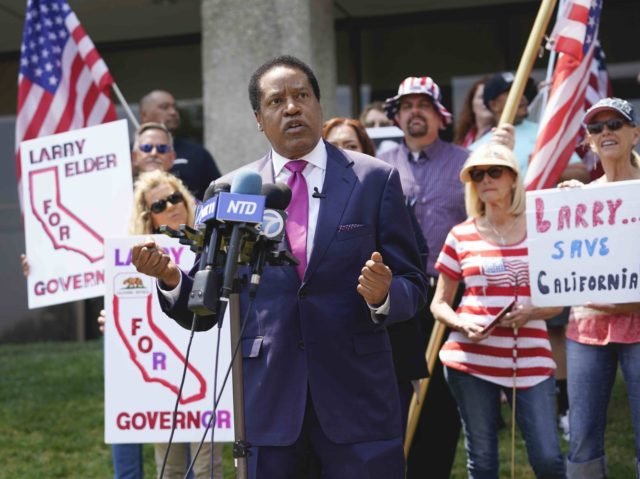 After lawyers for all parties had a change to present their case, Earl made her ruling final:

I don’t find that the recall election is a direct primary election ballot … By reaching that finding, I don’t find that Mr. Elder was required to file tax returns at all … I would grant the petition, and issue a peremptory and writ of mandate, directing the respondent, and all persons under her control, to file Mr. Elder’s nomination documents … qualifying him as a candidate and place his name and ballot designation on the ballot, and any sample ballot and voter pamphlet for a candidate for Governor of the State of California in the September 14th recall election.

Sad that voter suppression is still being used. But I'm thinking that the white progressives won't stop . stay tuned.

Voter Suppression California Judge Elder back on the ballot
China, Mexico and US Trade. How the United States, Canada and Mexico are now the largest blocks in the world!
How Two Countries face a Trade War
Guns and Crime While Democrats scream ‘abolish ICE,’ child sex trafficker Claudius English convicted thanks to ICE