Forget about China, Russia, Iran, North Korea, and other adversaries. The U.S. Army is focused squarely on getting the troops ready for the real problem with our military: the lack of transgender and non-binary inclusion, the Biden Administration’s woke Army has concluded.

The Dossier has obtained information — through an Army whistleblower who goes by Terminalcwo — revealing that the Army’s Diversity, Equity, Inclusion and Accessibility (DEEO) office will be hosting a “Gender Inclusion Workshop” on August 30. 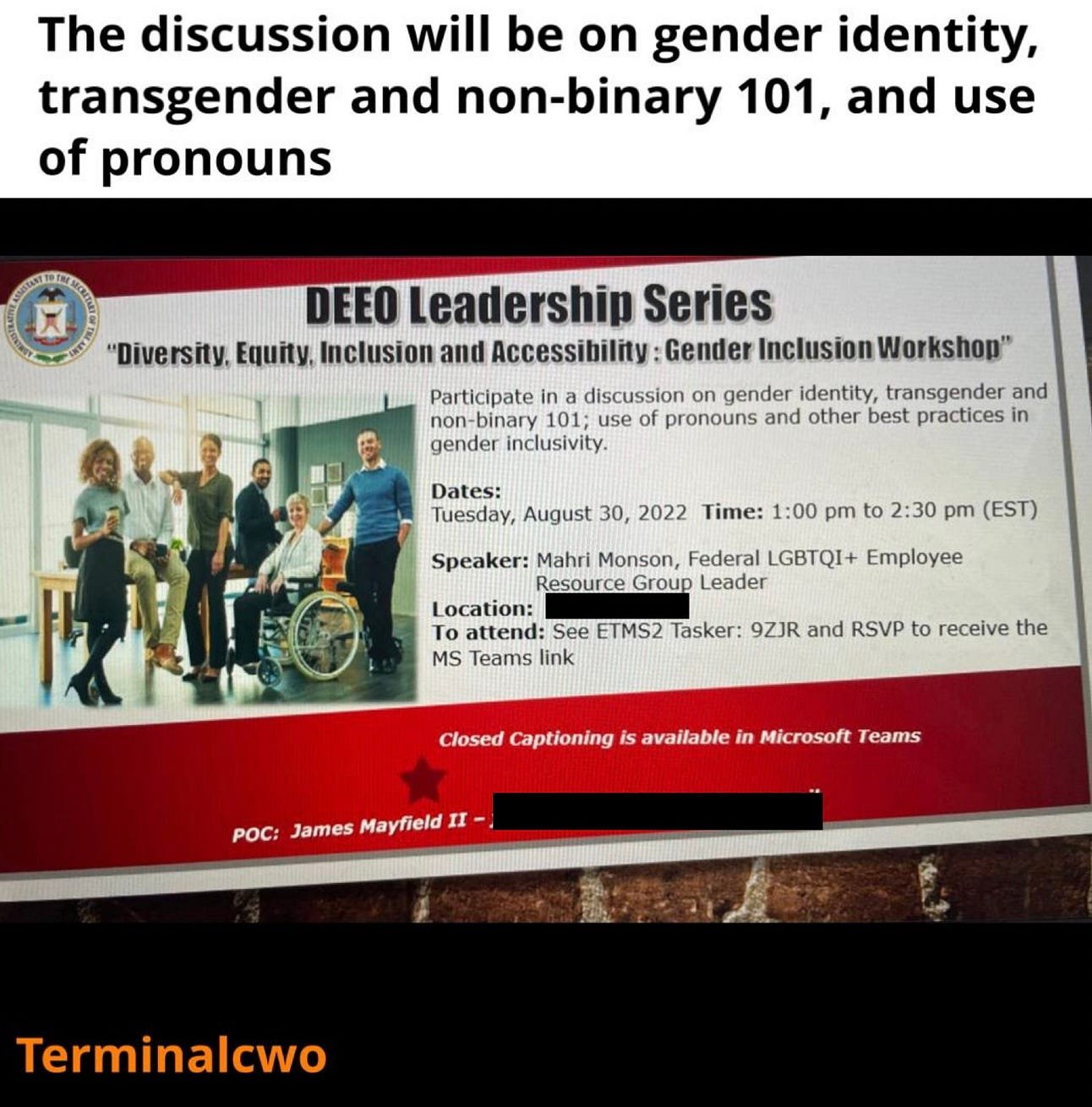 An Army email blasted out to service members says that “The Workshop will cover a discussion/training on gender identity, transgender and non-binary 101; use of pronouns and other best practices win gender inclusivity.” 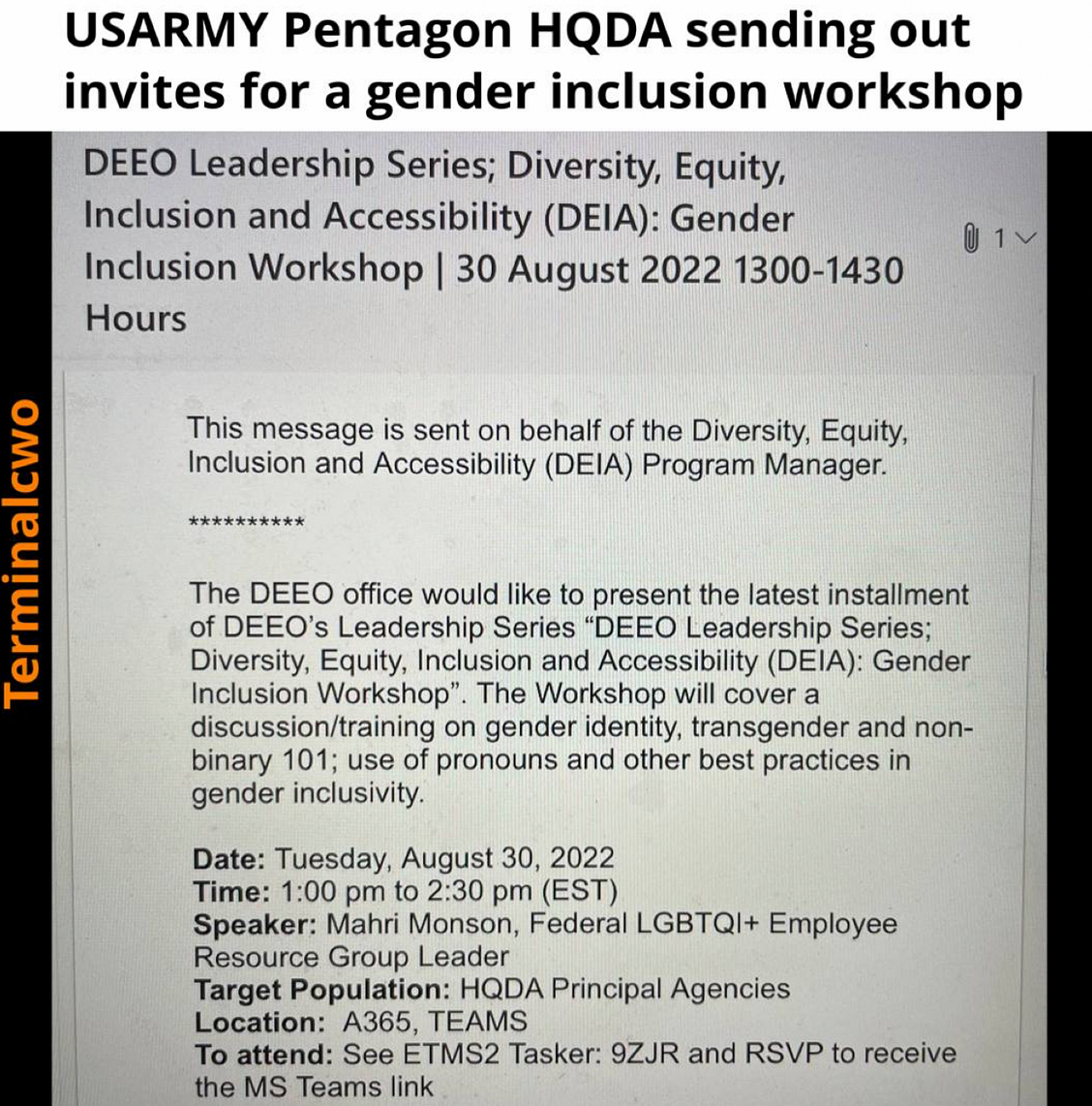 The workshop will be hosted by Mahri Monson, a person described as a “Federal LGBTQI+ Employee,” who works as a “Diversity Program Manager” at the U.S. Office of Personnel Management (OPM).

Seriously, WTF does this "gender identity" and "use of pronouns" have to do with defending the country?

Captain Obvious on the woke: 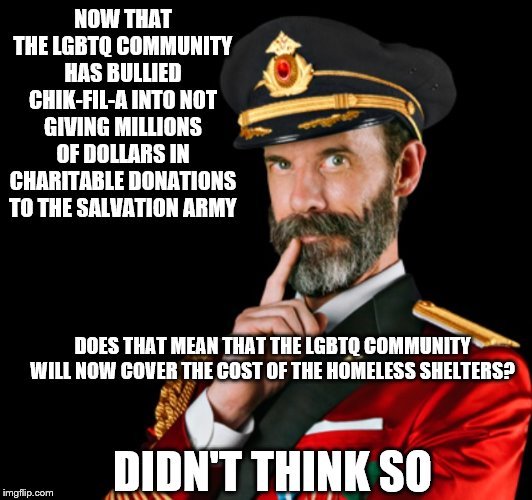 US Army wokeism
China, Mexico and US Trade. How the United States, Canada and Mexico are now the largest blocks in the world!
How Two Countries face a Trade War
Guns and Crime While Democrats scream ‘abolish ICE,’ child sex trafficker Claudius English convicted thanks to ICE
Anyone posting a threat especially against a law enforcement officer or politician will be banned.