After threats of violence by Schumer, Justice Roberts rebukes him. 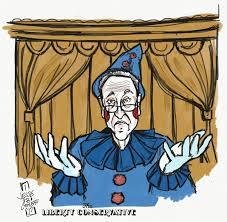 After threats of violence by Schumer, Justice Roberts rebukes him. It's not often that we see someone go after the Supreme Court Justices. What's really surprising is to see a sitting US Senator go after not one, but two Justices. This was too much for the Chief Justice Roberts.

“Justices know that criticism comes with the territory, but threatening statements of this sort from the highest levels of government are not only inappropriate, they are dangerous,” he said in a statement. “All members of the court will continue to do their job, without fear or favor, from whatever quarter.” 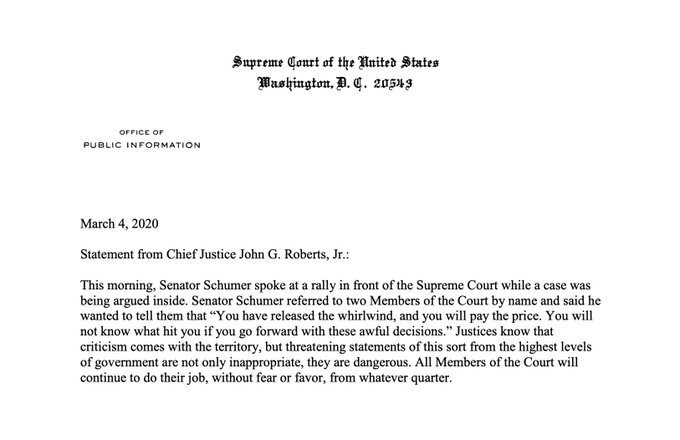 There is no justification for these personal attacks. Thank You Justice Roberts.

Senator Schumer Justice Roberts
China, Mexico and US Trade. How the United States, Canada and Mexico are now the largest blocks in the world!
How Two Countries face a Trade War
Guns and Crime While Democrats scream ‘abolish ICE,’ child sex trafficker Claudius English convicted thanks to ICE
google-site-verification=KpGtpXKDA2lZfsWu61z2TxKFTbuCKHQ7iDRfHNgz97s