18 states so far have struck a blow against voter suppression. 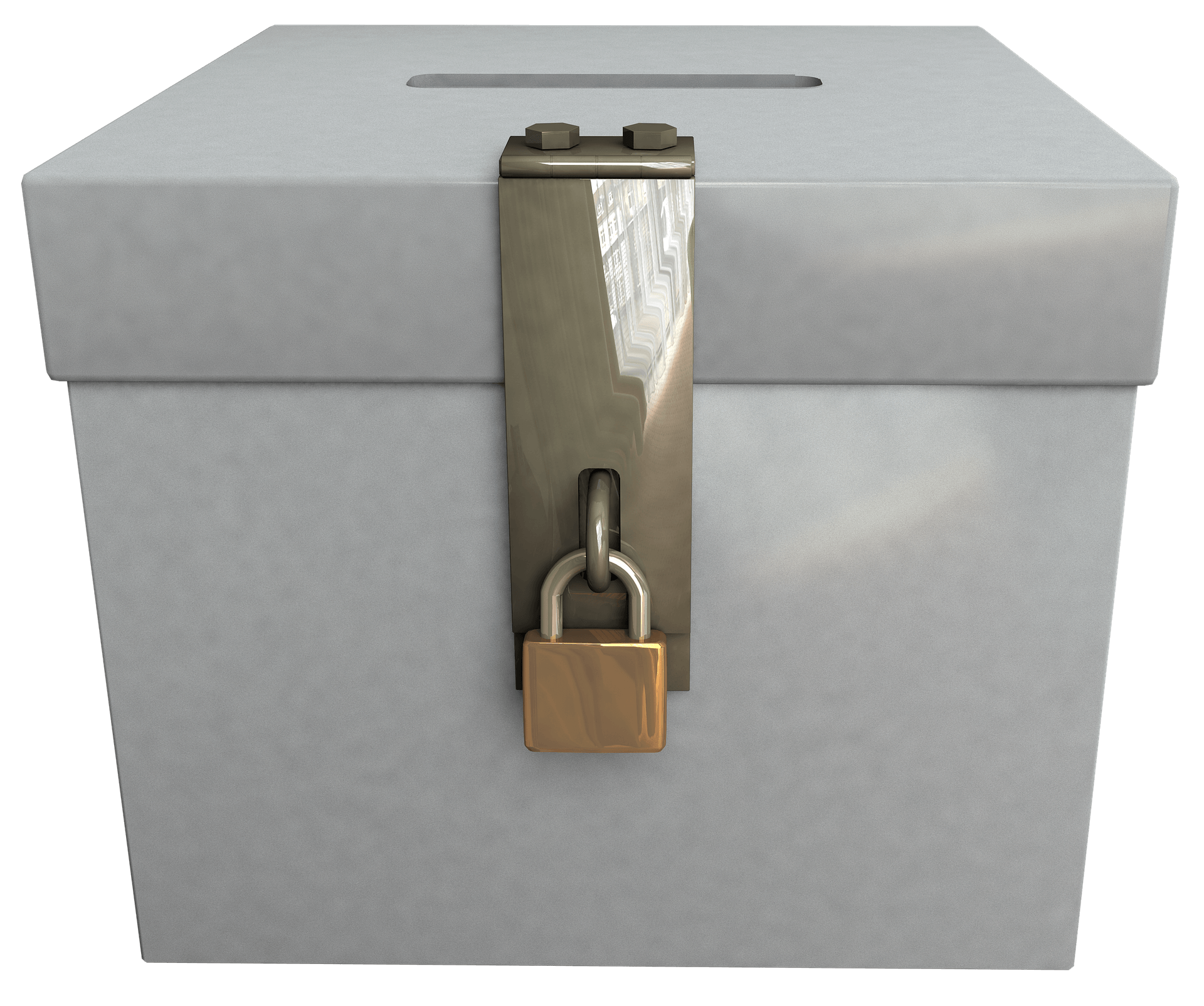 Facts can be found here.

18 states so far have struck a blow against voter suppression. As you may have heard, Democrats in the House and Senate are attempting to supress the vote in all 50 states. Attempting to take away a Constitutional right of states running the elections. 18 states said NO.

The election integrity movement is seeing wins in states across the country. Eighteen states have passed election reform laws so far this year. According to the far-left Brennan Center, this could be one of the most successful years for election integrity.

The 18 revised state election laws could be the most such successful bills since 14 states passed election measures 10 years ago, the Brennan Center said, noting: “The United States is on track to far exceed its most recent period of significant voter suppression—2011.”

The laws vary by state and tackle a variety of issues.

A new Alabama law prohibits curbside voting and requires that applications for absentee ballots be received no less than 10 days before Election Day.

A new Arkansas law requires voters who cast provisional ballots to show ID by noon on the Monday after Election Day. These voters previously had only to sign a sworn statement.A separate law puts stricter limits on ballot harvesting, the practice in which political operatives distribute and collect large quantities of absentee ballots. It also prohibits election officials from distributing unsolicited applications for absentee ballots.

One new Arizona law requires the secretary of state to compare death records with a statewide voter registration database. Another law enhances the security of voting machines.The Grand Canyon State also joined a trend among states by banning private money to pay for election administration. The move largely was in response to Facebook CEO Mark Zuckerberg’s donating $350 million to election offices across the United States last year.Another new Arizona law will remove the names of inactive voters from an early-voting list if they have not voted in two consecutive election cycles. And a fourth law requires voters to sign the envelope in which they submit an absentee ballot.

A new Florida law restricts ballot harvesting by allowing someone to collect absentee ballots from immediate family members, but no more than two ballots from others.MORE NEWS: September 11th, Twenty Years OnBesides banning private funding of election administration, the law requires voters to request an absentee ballot in order to receive one. It also increases security for ballot drop boxes, which debuted in the 2020 election because of the COVID-19 pandemic.

A Georgia law, among the most controversial in prompting protests, requires voter ID to cast an absentee ballot. Opponents falsely claimed the restriction amounted to “Jim Crow 2.0.”The law establishes guidelines for ballot drop boxes, aims to shorten lines at polling places, and gives a State Election Board more oversight over county election administration.The measure also prohibits political operatives from offering food, bottled water, or anything of value within 150 feet of polls. Only New York and Montana have similar provisions related to offering food and water in voting lines.

Idaho is among states that responded to Zuckerberg’s big spending on election administration through the left-leaning Center for Tech and Civic Life, which distributed the money.The Idaho Legislature passed and Gov. Brad Little, a Republican, signed SB 1168, which requires that all state elections be funded only by appropriations from federal, state, or local government entities.

Prohibits local election jurisdictions from accepting or spending funds that come from private donors for the purpose of running elections. In response to the Zuckerberg donations, the new law specifies only federal, state, and local government money may be used to administer elections.“A number of states banned private funding of election officials, election offices, which I think was something that happened in the last election [and was] unprecedented—“Zuckerbucks”—[and] raised enormous conflicts of interest and ethical problems for election officials,” von Spakovsky said.“They have now banned that, which is a good thing,” he added. “No private party, no political candidate, should be able to give money to local election offices in a way that might influence and manipulate the outcome of the election.”

A new law in Iowa, a battleground state in recent presidential elections, requires absentee ballots to arrive at election offices by the close of Election Day to be counted.The measure also allows fewer early-voting days, dropping the total from 29 to 20.

A new law in Kansas curbs ballot harvesting by limiting to 10 the number of ballots one person may return to an election office.The Republican-controlled Legislature voted in May to override a veto of the measure by Gov. Laura Kelly, a Democrat.

Kentucky’s new law increases security for absentee ballots and requires a paper trail for voting machines. It also sets up an online portal for absentee ballot requests and adds three days to in-person early voting, up from the previous 19-day limit. Gov. Andy Beshear, a Democrat, signed HB 574, which was passed by the Republican-controlled General Assembly.

Louisiana’s new law, known as HB 167, establishes a procedure for election officials to remove dead voters from registration rolls within 30 days of receipt of a death certificate.

One new Montana law requires voters at the polls to present either a state driver’s license, a tribal photo identification card, a state ID card number, or a military ID.Other new laws in Montana close voter registration at noon the day before an election, restrict paid ballot collectors, and allow local election officials to reduce hours at polling locations with fewer than 400 registered voters who will cast ballots in person, as long as other polling places are open from 7 a.m. to 8 p.m.

A measure signed into law by Nevada Gov. Steve Sisolak, a Democrat, increases the maximum size of an election precinct from 3,000 to 5,000 registered voters.

A new law in New Hampshire, the only New England state to pass election reforms this year, requires the secretary of state to provide information on matches of death records against voter checklists.Another law requires that those who register to vote on Election Day by using a voter affidavit or sworn statement must also have a photo taken beforehand. The Brennan Center claims the measure is among those that “restricts access to vote.”

A new law in Oklahoma sets a 30-day limit for a county election board to remove dead voters from its registration list. Another law both expands early in-person voting and requires applications for absentee ballots to be received no later than 5 p.m. on the third Monday preceding an election.A third Oklahoma law allows the State Election Board to participate in multistate organizations that maintain voter lists, such as the nonprofit Electronic Registration Information Center.

The new Texas law extends early voting hours, prohibits election clerks from mailing out an application for an absentee ballot unless a voter requests one, and bans “drive-through” voting. The measure also requires voter ID for mail-in ballots and safeguards for poll watchers.The law also requires the Texas secretary of state to use specifics on a driver’s license to “verify the accuracy of citizenship status information previously provided on voter registration applications.”

Utah’s new law, known as HB 12, requires that the names of dead voters be removed from rolls and assigns the state’s lieutenant governor to enforce it.The Brennan Center described the law and others removing dead people from voter rolls as a “purge.”

A new Wyoming law requires voters to show ID to vote in person. Acceptable forms of identification include a driver’s license, a state or tribal ID, a passport, a military ID, or one from a Wyoming public school, university, or community college.

voter suppression 18 states say no
China, Mexico and US Trade. How the United States, Canada and Mexico are now the largest blocks in the world!
How Two Countries face a Trade War
Guns and Crime While Democrats scream ‘abolish ICE,’ child sex trafficker Claudius English convicted thanks to ICE
Anyone posting a threat especially against a law enforcement officer or politician will be banned.