Letitia James, Attorney General of the State of New York. The original article can be found here.

Nearly four months ago, the Attorney General (AG) of New York state, Letitia James, issued a stern warning to physicians listed in the FLCCC directory as a provider willing to consider prescribing ivermectin to patients in New York.

In the letter, Ms. James said there were no scientific studies showing that ivermectin is safe or effective in the treatment of COVID-19. She asserted that the National Institutes of Health (NIH) has determined there is insufficient evidence to recommend ivermectin for COVID-19—when in fact, the NIH is neutral (neither for nor against ivermectin).

The FLCCC Alliance CommunityFLCCC Lawyer to NY Attorney General: Your Overreach is Showing—BadlyOn November 23, 2021, the office of Letitia James, Attorney General of the State of New York, issued a letter to physicians listed as telehealth providers on the FLCCC website. She warned these doctors – many of whom were from other states.

Nevertheless, she demanded that doctors “cease and desist” from prescribing ivermectin to residents of New York state. Furthermore, she placed these physicians on notice that non-compliance could result in a lawsuit seeking to “enjoin deceptive acts”; and to seek restitution, damages and penalties of up to $5,000 for each violation.

As you might expect, upon receiving the letter many physicians reached out to the FLCCC requesting to amend their individual listings on our site to exclude provision of services in New York state.

We responded to the Attorney General’s Office on January 3, 2022 with a letter from our attorney, Alan Dumoff, Esq., addressing inaccuracies in the bases given for the cease and desist letters and raising concerns about their overriding medical judgment.

“Rather than looking at the full spectrum of available data, ivermectin has become a proxy in the debate over pandemic measures and a large body of excellent work has been ignored for unsound reasons. Unfortunately, we have seen regulators and the media perpetuate these narratives rather than examine the facts. Like so many others, we believe your Office has fallen victim to these unscientific and unsupported narratives,” Dumoff wrote.

“At a minimum, we all recognize that the effectiveness of ivermectin is debated, some studies as to its efficacy have been retracted and/or debunked, and the FDA has not approved ivermectin for use in prevention or treating patients with COVID-19.

We replied on March 8, 2022 confirming the changes we had made to the website but stating that the outstanding cease and desist letters remain an unwarranted intrusion into medical practice. In an effort to address the AG’s concerns, we proposed that New York physicians use an informed consent form we provided to ensure that patients were aware of the controversies and potential risks regarding the use of ivermectin in COVID-19.

“Your letter acknowledges that the use of ivermectin and other repurposed therapies are the subject of legitimate debate,” writes Dumoff. “Yet your Office has not only raised cautions about how the evidence should be presented but taken a side in that debate by force of law and threatened to sanction physicians whose trained judgment and clinical experience lead them to conclusions contrary to that of your Office.“Given the effort expressed in your letter to encourage careful communication about this topic, which we saw as reasonable and balanced, we raise the question of whether restrictions on practice could be lifted if physicians follow informational guidelines and, where practical, use written informed consent.

FLCCC received a response dated March 23, 2022, which states in part that:

“The Bureau declines to intervene in the patient/provider relationship. We are pleased that you are in agreement that prevention and treatment decisions are best made after individual patient/provider discussions.”

We appreciate that the Bureau recognizes the sanctity of the physician-patient relationship and agrees that prescribing decisions should not be dictated by the Bureau. New York physicians who have questions about limitations on prescribing should either consult with their counsel or with the Bureau directly.

Given the concerns raised, we reiterate that consumers should not attempt to obtain ivermectin in any form, especially veterinary, on their own.

Ivermectin is a prescription drug, and it should only be obtained upon a prescription from an authorized practitioner who is familiar with current symptoms, diagnoses and prescriptions as well as medical history, to ensure that ivermectin use is indicated and safe and that other appropriate measures are being taken. 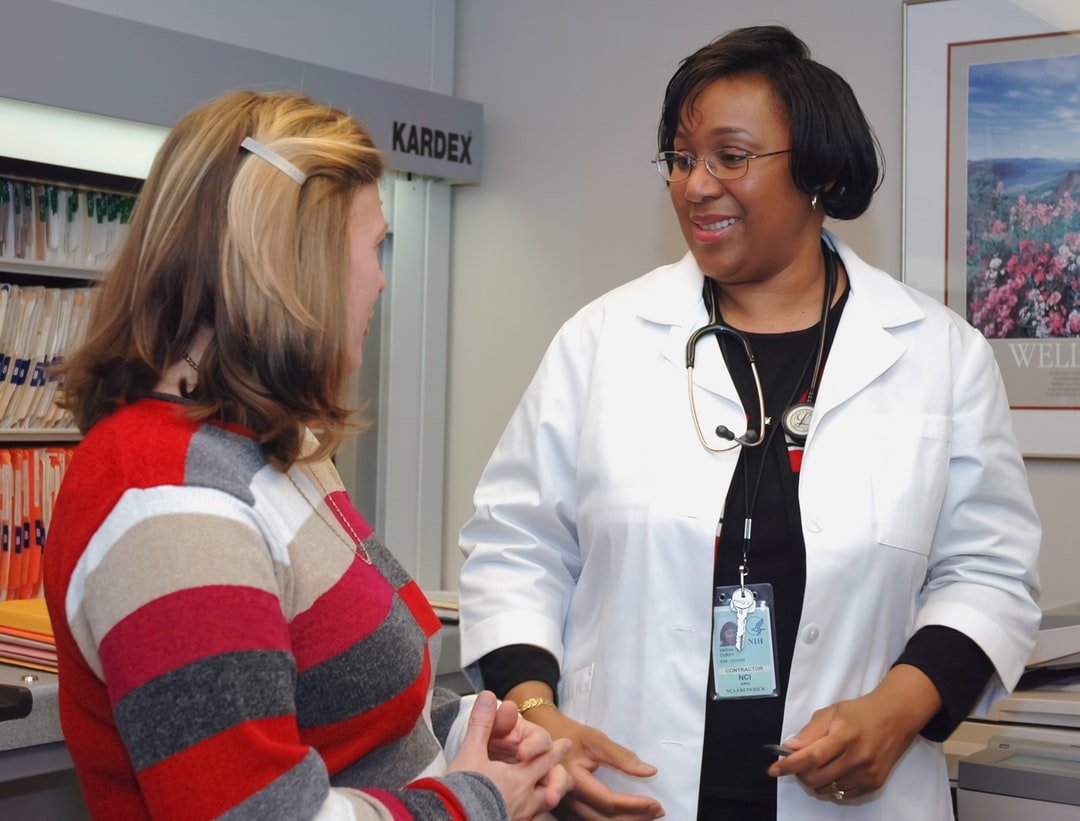 Prescribing decisions should be the purview of a physician and their patient. 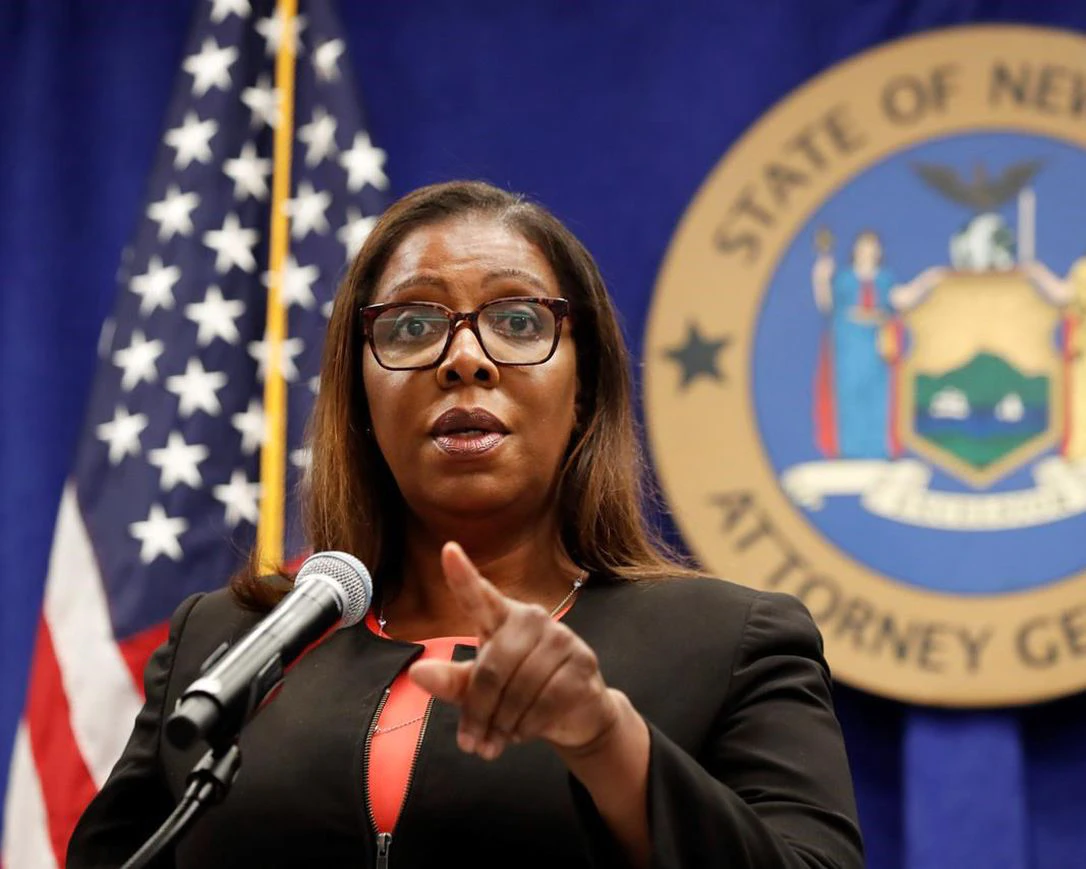 Letitia James, Attorney General of the State of New York.

NYAG Let doctors be doctors.
24Feb
Federal Judge in Georgia Temporarily Blocks Air Force From Enforcing Vaccine Mandate to an Officer – Asserting Officer Can Carry Out Mission Even if Unvaccinated
24Feb
Reprint. Sanofi and GSK to seek authorization for COVID vaccine
25Feb
Biden single handedly destroys all that President Trump built, and CBS News says it's The Ukraine's fault.
Anyone posting a threat especially against a law enforcement officer or politician will be banned.