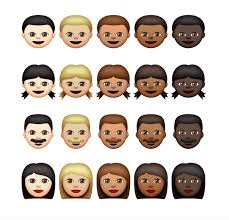 Racism, White, Black, Brown, and now Yellow. We're hearing the term a lot lately. Ever since our President called out the Chinese for their Wuhan flu, the MSM and some white supremacists are upset with the President and Conservatives.

White Racism. Progressives on the left, mostly white, feel that they're official spokesman for minorities. Minorities have to vote how they say, not allowed to use voter ID, and need permission from whites where to live. Most Progressives are still fighting the Civil War.

Black Racism. A feeling that the whites owe them something because of the past abuse by the White Democrats who go back before the Civil War to today. Always claiming that a raw deal is still being dealt to them.

Brown Racism. Mostly illegals who  create criminal acts by coming to this country without going through the proper channels. Have this attitude that this was part of Mexico, so they have a right to a job, home, and social benefits.

Yellow Racism. Coming from the Chinese Government, MSM, and Progressives. Feel that it's racist that the Chinese flu is called that. Even though it originated and may have been created in China.

White Black Brown Yellow
China, Mexico and US Trade. How the United States, Canada and Mexico are now the largest blocks in the world!
How Two Countries face a Trade War
Guns and Crime While Democrats scream ‘abolish ICE,’ child sex trafficker Claudius English convicted thanks to ICE