A white BLM? 50 years ago. Capitol Attacked. It was Obama's bud. 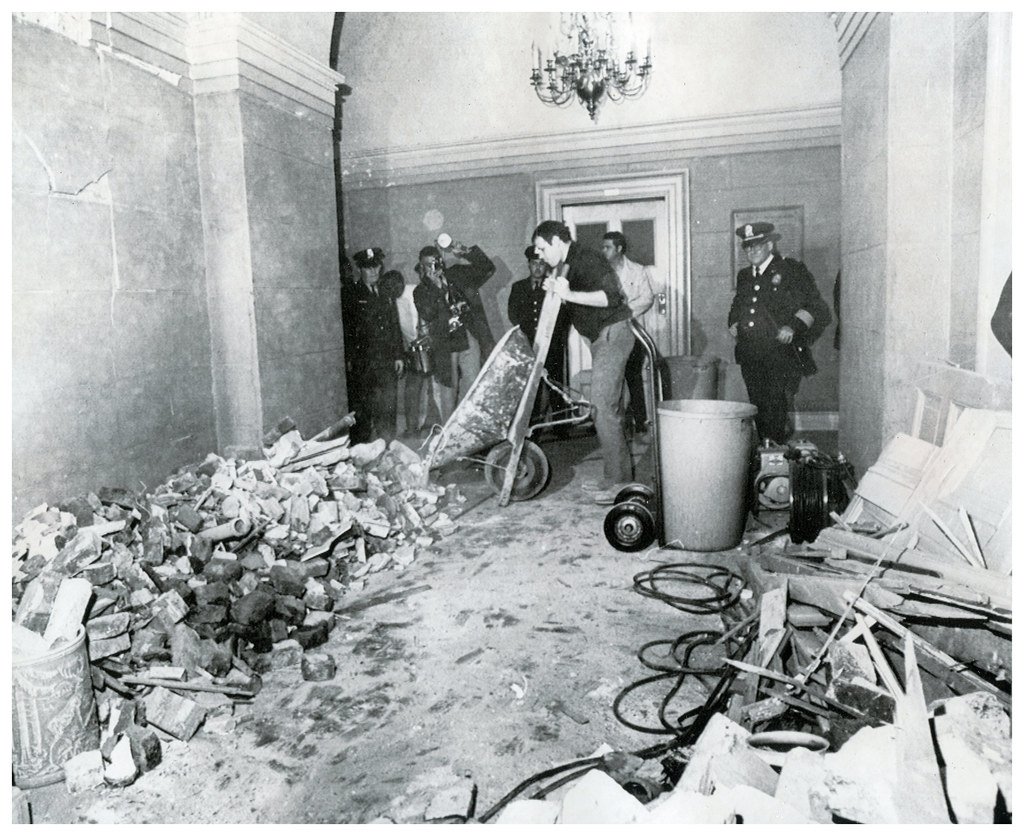 A white BLM? 50 years ago. Capitol Attacked. It was Obama's bud. BLM wasn't the first hate group to cause damage to the Capitol. WU hatred was for the government, and BLM is against Police and white folks. The Weather Underground was successful where the bombs planted this January 6th. were not.

50 years ago today, a bomb planted in a bathroom on the Senate side of the Capitol building went off, causing hundreds of thousands of dollars in damage, but no casualties. News reports from the scene show smashed windows, broken doorways and debris on the floor of the Senate barbershop.

The leader of the WU was former President Obama's friend Bill Ayers. "I don't regret setting bombs," Bill Ayers said when interviewed by the New York Times on the occasion of the release of a book he'd written.

That interview, coincidentally, appeared in the paper the last time the Capitol was targeted for attack by a radical group, thankfully unsuccessfully: Sept. 11, 2001.